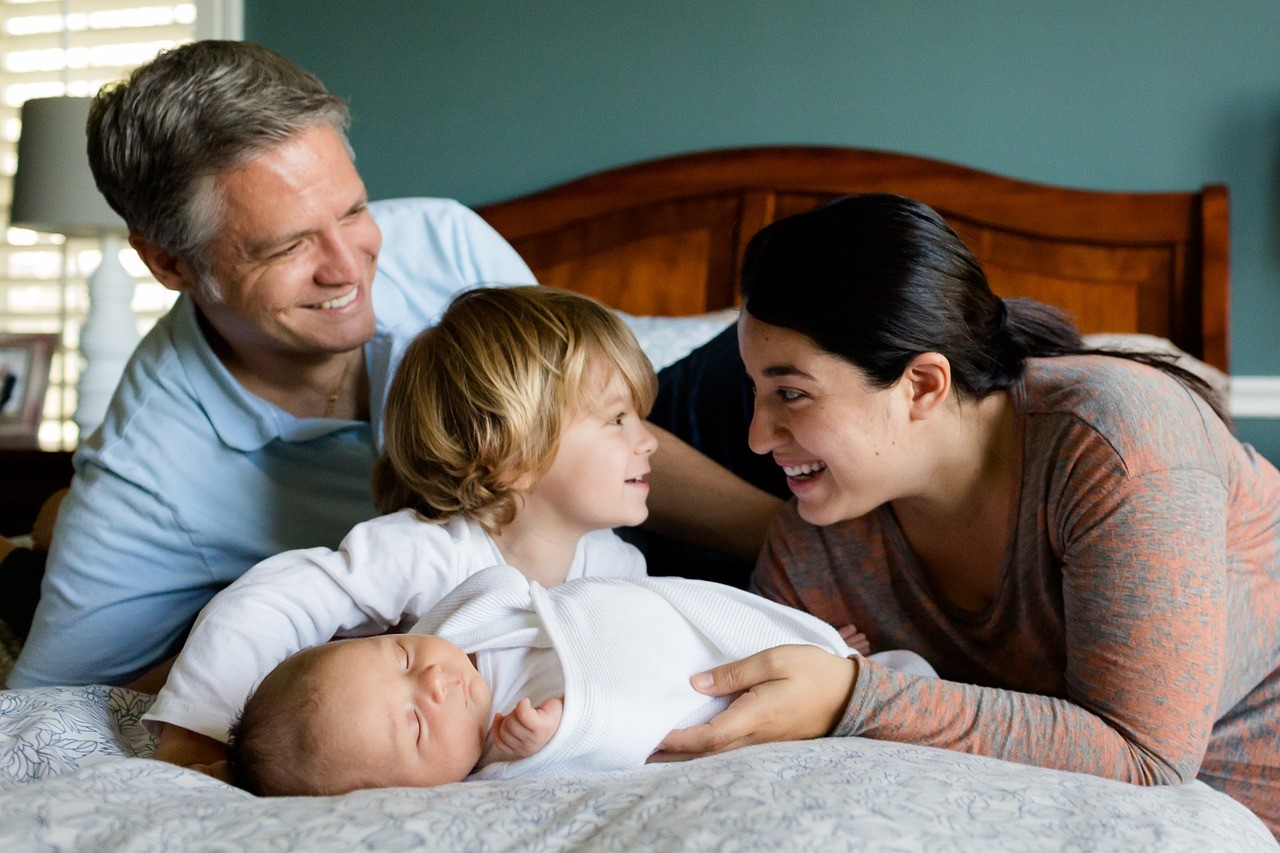 Good afternoon friends, we would like to share another set of practical, inexpensive but effective tips that we share with all our patients in their battle against cancer. While treatments are critical, doing all or as many of these as you can are integral to winning the war against cancer hence why we are sharing these to help speed up the process of healing.

The natural herbal sweetener, Stevia, is a highly recommended sugar replacement as it is also very alkaline and high alkalinity has been proven effective in the battle vs. cancer.

Absolutely no sugar or artificial sweeteners and foods that turn into sugar including, but not limited to: pasta, rice, bread, and potatoes! According to Dr. David Jockers: “Cancer cells contain ten times the amount of insulin receptors as normal cells. This allows them to gobble up glucose and other nutrients from the blood stream at an accelerated rate. As long as an individual continues to provide this form of fuel the cancer will continue to grow.” In addition, refined sugar and other simple sugars also interfere with your immunity system. These substances also interfere with getting Vitamin C and oxygen into the cancer cells. Sugar also depletes the body of key minerals and other nutrients because of its acidity.

In addition to the above, avoid gluten, bread and products that contains flour, junk foods, microwaveable meals, all processed foods and eating at fast food places.

Eat a mostly raw, mostly vegetable diet and be sure to include lots of cancer-fighting cruciferous vegetables (organic or well-rinsed off) such as broccoli, Brussels sprouts, asparagus, cauliflower and cabbage. Nuts and fruits are allowed but best to choose only fruits on the lower end of the Glycemic Index, patients are allowed to also eat small portions of meat and fish however, these should be organic, free range, or wild caught, harvested.
Here are just a few of the cancer-killing nutrients in select vegetables:

We highly recommend consuming as much of your vegetables in juiced form, why? Firstly, we maximize the nutrient content extracted from the vegetable and fruits thereby making it more digestible as we lessen the fiber content. Secondly, is that this is an easier and faster way to consume a higher volume of vegetables than if you otherwise were to consume by eating them. Juiced vegetables (and fruits) are crucial elements of a successful battle against cancer regardless of whether one goes the traditional or natural route. At a minimum, the daily consumption of vegetable juice should include the following (best if freshly made daily):

One should consume as often and as much raw minced garlic and hot chili peppers (either cayenne or habanero) as possible. Everyone should know about the healing powers of garlic. It is a natural anti-inflammatory, anti-bacterial, anti-fungal, and anti-microbial hence the use of garlic to fight cancer is highly advised as it has the ability to detoxify, lower free radical damage, and boost your immune system. The sulfuric compound Allicin is the most critical substance found in this member of the allium family and it is this that makes garlic a strong cancer-fighter. Not only that, but aside from the powerful effects of allicin, garlic also contains cancer-fighting quercetin. Quercetin has been shown to specifically interfere with cancer stem cells by blocking communication to processes which stimulate free radical production.

In a 2004 study conducted at the University of Pittsburgh School of Medicine and headed by Dr. Sanjay K. Srivastava, they found that treating pancreatic cells with capsaicin (found in hot peppers) disrupted mitochondrial function and induced apoptosis (programmed cell death) in the cancerous cells without affecting normal pancreatic cells. The results were published in Innovations Report back in April 20, 2005, where Dr. Srivastava shared his view that: “Our results demonstrate that capsaicin is a potent anticancer agent, induces apoptosis in cancer cells and produces no significant damage to normal pancreatic cells, indicating its potential use as a novel chemotherapeutic agent for pancreatic cancer.”

Take the flaxseed/cottage cheese combo that plays a crucial part of the highly successful Budwig Diet protocol. Be sure to use small curd cottage cheese to come closer to the original quark Budwig used. [Note: Avoid taking any antioxidants within a 4 hour period of taking the Budwig Diet as it can interfere with how well the diet works]

Take lots of turmeric, which contains the cancer fighting adaptogen curcumin. Curcumin is also a very good natural anti-inflammatory. [Note: curcumin is usually not well absorbed, but you can increase absorption by also taking coconut milk and/or black pepper along with it. Also, take right after a meal, not on an empty stomach.]

In addition to regular direct sunshine also try to get plenty of indirect sunlight in the eyes daily. In the summer of 1959, fifteen cancer patients at Bellevue Medical Center in the US were instructed to stay outdoors as much as possible without wearing glasses or sunglasses. By autumn, the tumors in 14 of 15 had not grown, and some patients had gotten better. The one patient that didn’t have good results had not fully understood the instructions and had continued to wear prescription glasses.

Stop smoking (no matter what kind of cancer you have), because smoking puts more than 100 carcinogens in your body. Tobacco is also very high in sugar, fungi, and yeasts. Part of this is due to the way tobacco leaves are processed.

Get regular exercise or other physical activity. “Exercise really does seem to play an important role in cancer and it’s prevention, ” says Dr. Pallav Mehta, Director of Integrative Oncology at M.D. Anderson Cancer Center. “Regular physical activity seems to decrease inflammatory markers in the blood.” Even low-impact exercise would help so take a walk, swim a few laps, or join a class to get those workouts in. There are even chair exercises if you’re struggling with balance and coordination. We highly recommend rebounding (jumping on a mini-trampoline) to get your heart rate up and the lymphatic system moving.

Lack of sleep has a big impact on your health in general. Not getting enough quality sleep can cause an imbalance in two of the hormones that affect your fight against cancer.

Drink plenty of pure, clean water. Conventional wisdom dictates that people should consume at least eight 8-ounce glasses of water daily for good health, which makes sense in light of the fact that the human body is made up of about 75 percent water. But the importance of adequate water intake extends far beyond just avoiding dehydration, as clean water may be the most important “nutrient” for effective detoxification and cancer prevention.

From the perspective of healthy digestion, water is critical to keep things moving. It pushes food along through the intestinal tract while helping to keep the gut lubricated and flexible. Water also helps flush toxins from the digestive tract, preventing their buildup and any resultant disease, most notably cancer of the colon.

Water also provides nourishment for the body’s cellular system, serving as a primary foundational component of the very structure of cells. Everything from body temperature to nutrient synthesis to toxin elimination to joint maintenance is regulated by cells, which absolutely must have optimal water intake in order to perform such duties in the interest of life.
[Note: Steam distilled mineral water is preferred.]

Pray, sing, laugh, hug, meditate or take other measures to control stress. “Biochemically we actually know [mental state of mind] affects your genes,” says Dr. Wendy Warner with Medicine in Balance. “Changing your emotional state and being connected with somebody changes your genes, turns off genes that are promoting cancer. I find that fascinating, that we’ve been able to prove the science.”

A flowering herb commonly used in traditional folk medicine, milk thistle is one supplement that we feel is a must take. Also known as Silymarin, this falonoid is a strong detoxifier essential to maintaining the function of the liver, kidneys and gastrointestinal tract and has been shown to directly enhance glutathione levels in the body.
Milk Thistle’s ability to promote oxygenation to blood cells and increase the levels of antioxidants like glutathione and superoxide dismutase (SOD) and inhibits carginogens from accumulating most especially in the liver and kidneys thereby assisting in the detoxification processes and lowering the toxic load from cell die-off.

Oleander is a very powerful cancer-fighter and immune booster, especially when combined with an overall anti-cancer lifestyle and other key cancer fighting and immune boosting items. /

[Note: Oleander is quite toxic in raw form, though not so when properly prepared in extract form with the toxins removed. There are several online groups that teach how to prepare oleander extracts (sometimes known as “oleander soup”), but no one should attempt to make their own oleander extract or other oleander-based remedy without guidance from qualified health professionals.]

Other than milk thistle and oleander, if you can afford a handful of supplements some of the most important ones to consider are iodine, selenium (methylselenocysteine is the best form for fighting cancer), lysine, MSM, and trace minerals.

Finally, a good positive attitude can go a long, long way. Believe that you can beat cancer and your chances of beating it become greater.